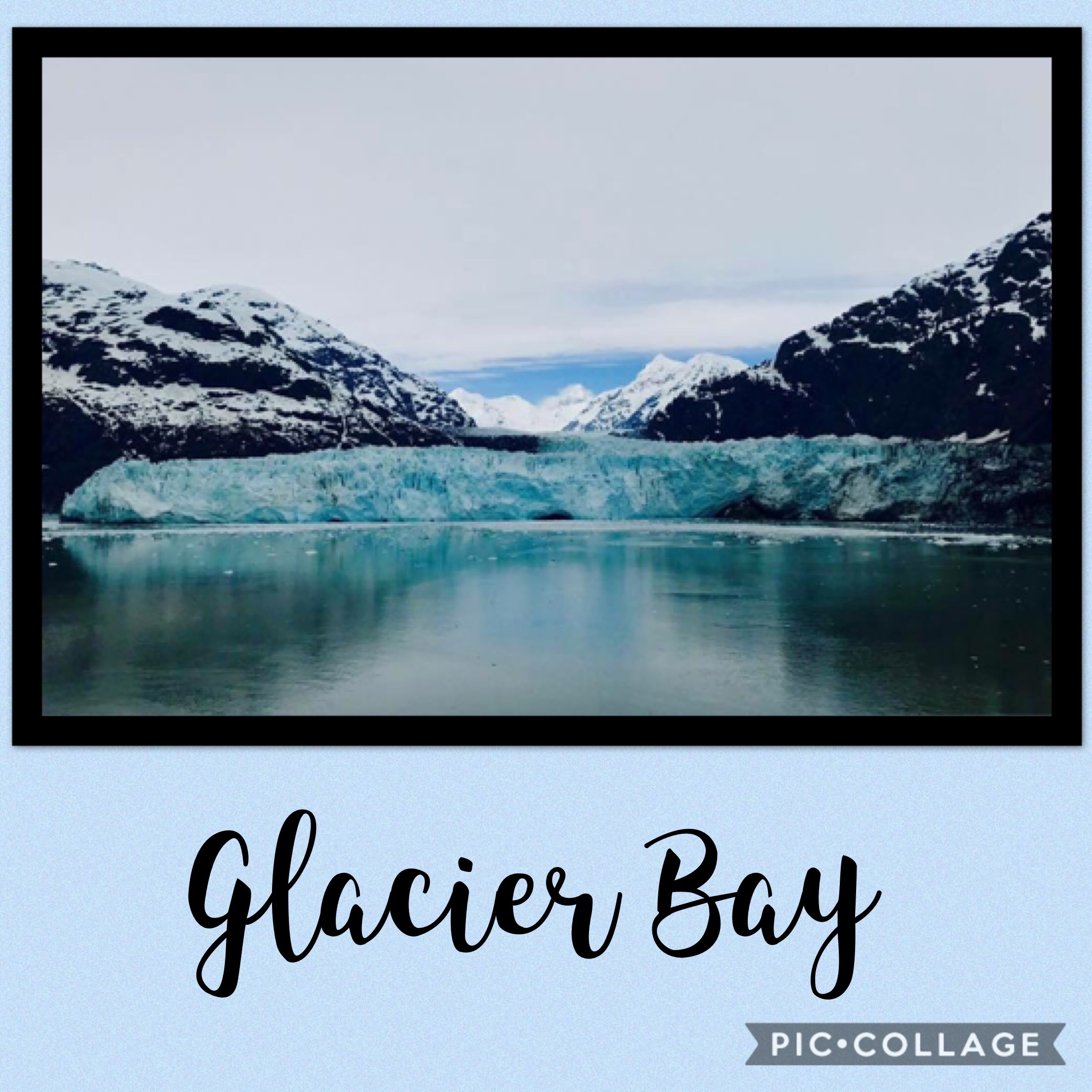 My Grand Princess cruise was so remarkable; I’ve broken the blog into parts. The first was all about the things I learned about the economics of the multi-billion-dollar industry and my overall impression of the experience. Welcome to part two; Glacier Bay.

On the morning we arrived in Glacier Bay National Park, I noticed immediately something was different on the ship. My coffee was in a ceramic cup. When I asked the employees, they explained that there was to be zero paper waste on the day we were at the National Park. This made me ponder a few things, one; just how much paper waste we were creating daily and two; why the ship only designates one day to be environmentally friendly. I pondered this the rest of my journey, especially each time I threw a paper cup in the trash.

The Huna Tlinglit people have called this area ‘home’ for as many generations as have been documented. There are no reptiles that live here but there are over one-hundred and fifty species of fish, over forty species of mammals, two-hundred seventy-four species of birds, and three types of amphibians. The park is roughly the size of Connecticut with only fifty-five full time employees. More than a half of a million visitors come each year to see the glaciers, ninety-five percent via cruise ships. For environmental reasons, the number of boats a day are restricted and regulated.

Two-hundred fifty years ago, there was one gigantic glacier. In 1750 it began to retract and fill a sixty-five mile long fjord. It’s retreated a total of sixty miles, five of those miles just in the last nineteen months (One twelfth melted in the last year and a half!) Today there are over twelve-hundred glaciers. Jonathan B. Jarvis, a former director of the National Park Service was quoted as saying, “I believe climate change is fundamentally the greatest threat to the integrity of our national parks that we have ever experienced.” In the last fifty years, Alaska’s annual average temperature has increased more than twice of that of the ‘lower 48’. Ebb and flow have always been a factor in this part of the world, that being said, the higher temperatures will have a long-lasting effect on the entire planet.

The word, dynamic means ‘of process or system characterized by constant change, activity or progress’. There is not a better word to describe this amazing place! The opportunity to study the biological and most fundamental geographical processes are presented to scientists because of Glacier Bay.

Even though we stayed on the ship, this stop on the cruise was worth the price of admission!