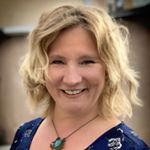 D.W. Plato has been known to say, “Give me thirty minutes in a hostel, hotel or hospital and I could walk out with a novel idea”. With her ability to make friends easily combined with her gift of gab, and an over-active imagination, this isn’t a stretch. She’s been writing as long as she can remember and has always dreamed of being published. With modern technology and the ease in which self-publishing is available in today’s world, she thought, ‘why not?’

Do what you LOVE!

D.W. Plato has a degree in Business and Psychology. She worked twenty years for corporate America. More than half of them for Southwest Airlines. Due to this career choice, the entire family was bit by the travel bug. “Writing and traveling,  traveling and writing, its my dream life,” D.W. says.

On a personal note, if she’s not writing or traveling, she’s spending time with her family, reading, or gardening. “It depends on the season”, she jokes. She has two pound rescue dogs and loves the country life. “I live in the only place in the country where ‘South Mountain’ is in the North and the ‘East Mountains’ are in the West,” she laughs, “And the sun sets are three-hundred and sixty degrees, New Mexico is America’s best kept secret. Sshhh…”

As a forensic document examiner, her living has been made for over a decade looking at other people’s penmanship. This passion and talent has allowed her to work from her New Mexican home and afforded her the time to do what she loves… writing!

Currently working on her fourth book, Mushroom (coming spring of 2019), her first three are available on Amazon, Kindle or (for a less expensive price) this website. The Sinners’ Club (2016), Glue (2017) and The Trials&Tribulations of Modesty Greene (2018) are available digitally or on paperback. TSC is available on audio, Christopher Shelby Sloan did a fantastic job as the narrator.