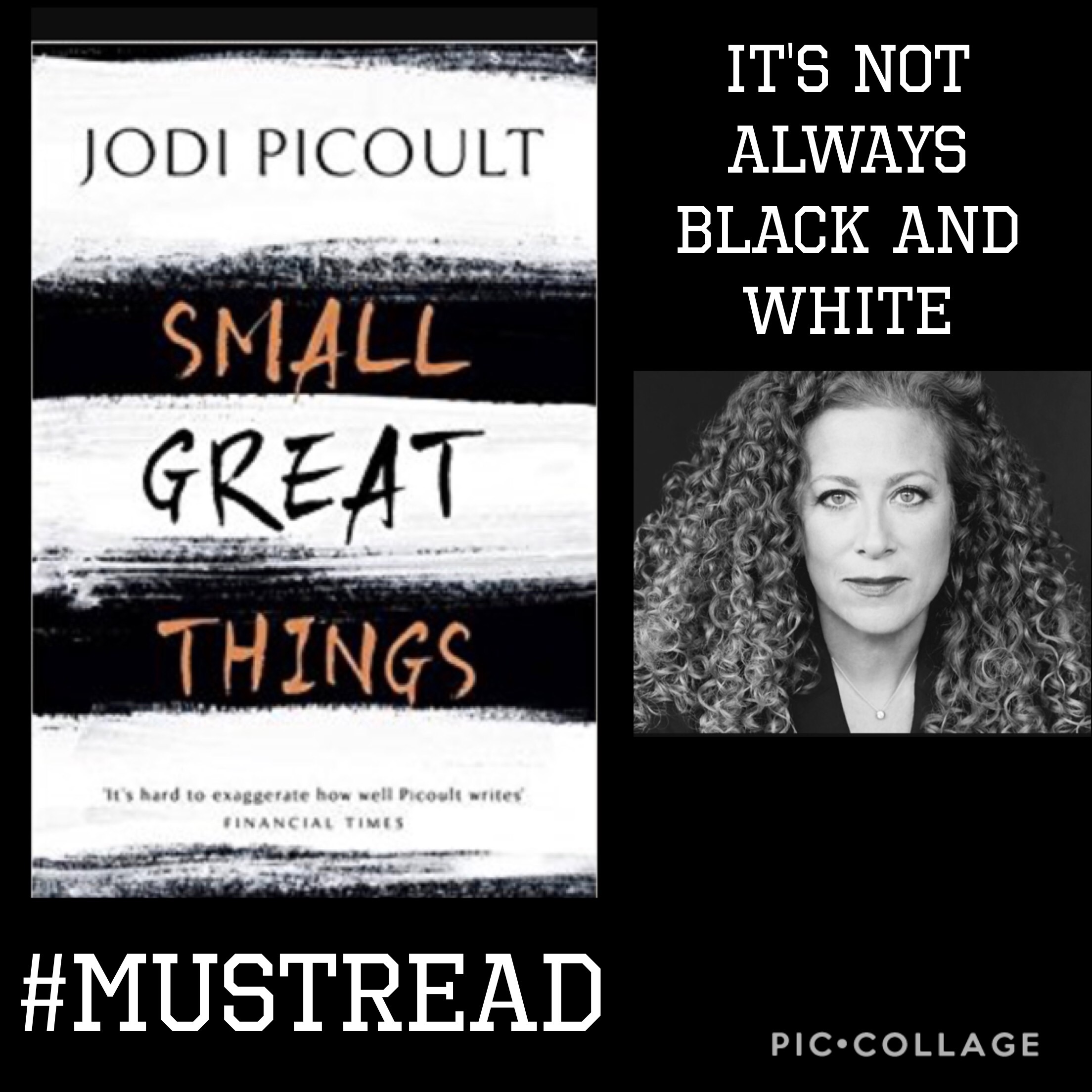 Small Great Things, possibly the most important read of the year!  Modern day American racism is the theme and Jodi Picoult portrays it brilliantly.

(The book…) In a nutshell, Ruth is a black labor and delivery nurse who has done her job well her entire (long) career. She’s also a single mom who’s raised an incredible son in an upper-middle-class neighborhood. In comes a couple of racist jerks (whom Jodi portrays PERFECTLY, in tone, description, etc.) and they have a baby boy. (You see where this is going right?) Of course, Ruth is their nurse. Turk, the baby’s father, forbids Ruth to have anything to do with his son. He makes quite a stink about it until Ruth is told not touch or interact with the newborn in any way. That’s all fine and dandy if nothing happens to the child, right? No spoiler alerts in my reviews-imagine the worst, the best and a twist you’ll never see coming-and that’s the book.

Like in other intensely written novels of this type, one should ask themselves (especially if they are white), what if it was reversed? What if the prejudice was the other way around? It’s unfathomable. Well, to most… To me, this book clearly turns the spot light on NOW. Not back in the 90’s, 60’s, 20’s or when slavery was still legal but RIGHT NOW in everyday life we are living. Jodi shows that this type of prejudice is still prevelent in today’s world.

If you don’t believe racism is alive and growing, ask yourself, would YOU want to be black in today’s society? In this country? I know I would not. On a personal note, I have two black nieces. As a white, middle-class married mom, I like to believe things are way, way better than they’ve been, but when I have my brother’s children, it is so blatantly obvious that there isn’t as much change as we think. Racism is alive and well. On a political note, it could be why we have the current administration in the White House. Could modern day racism be to blame? I agree with President Obama that is it not the love of the current president that put him in office but the hate of Barack that did. Anyway, no need to turn this book review into a political rant.