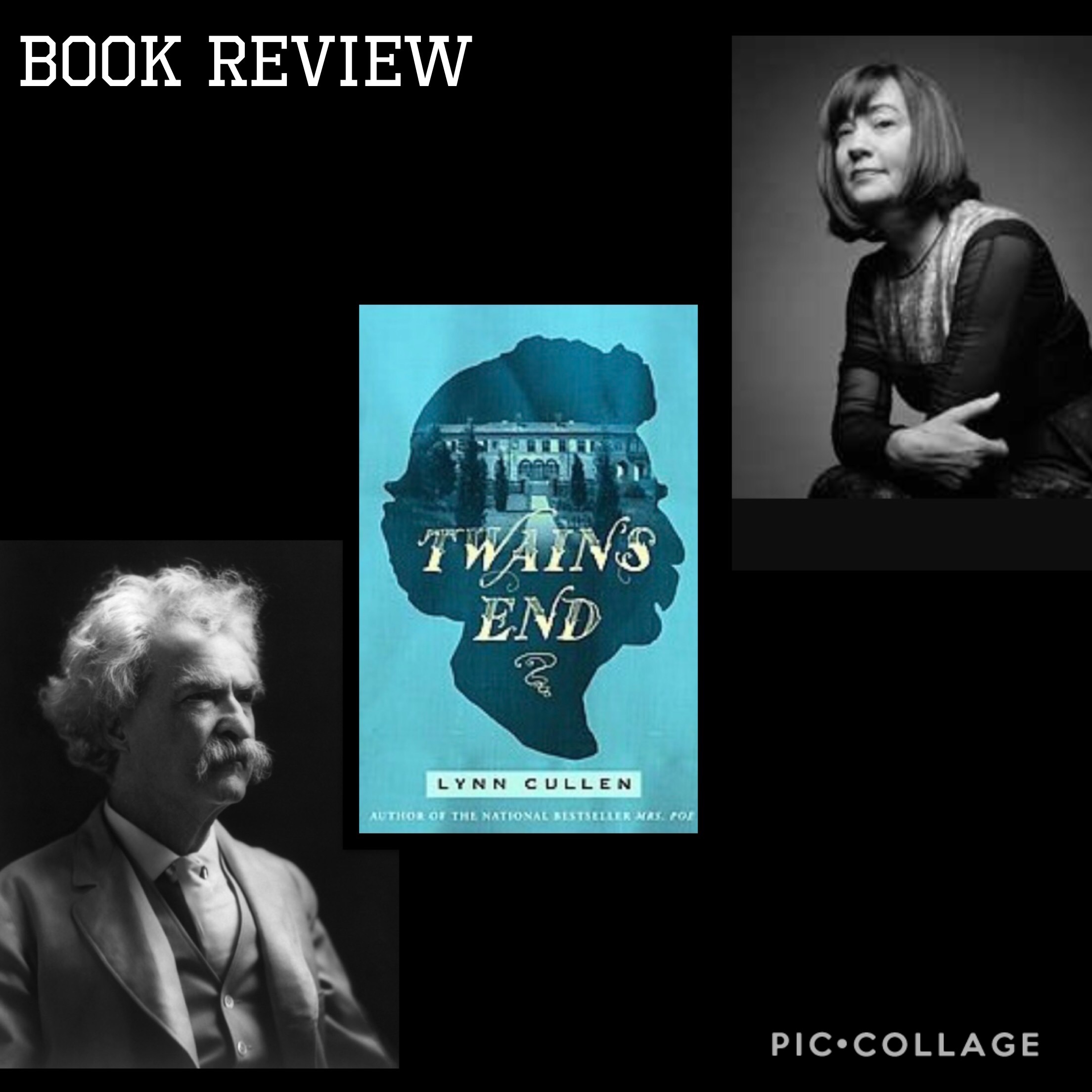 Twain’s End was one of those books I picked up, put down, picked up, swore off, picked back up and couldn’t put down. My impression of Samuel Clemens/Mark Twain is forever skewed because of this novel. Its one of those situations I had to ask myself, how much of this is historical and how much is fiction. Apparently, Ms. Cullen’s did her homework, remember that old saying stranger than fiction? The documents and historical records show that much of this book could be exactly the way it happened.

The story is about Clemen’s secretary, Isabel; her devotion, love and relationship with him. It also highlights Mr. Clemen’s relationships with his his alter-ego, (Mark Twain) as well as his wife, daughters and other women in his life. Not to mention, their physical and mental ailments. The book is written well and gives the reader a sense of ‘being there’.

One thing a person doesn’t normally think about is the time period when the slaves throughout this country became free, the affect and impact it had on the families that had believed slavery to be nothing more than a way of life. Heartbreaking and tragic, the things Clemen saw from his father and the way those experiences shaped his life. How did children of this time period cope? Sam Clements didn’t fair well at all, his upbringing plagued his love and twisted him from the inside out. He really is a jerk, and the ending was all too real life. Painfully real.

Overall, this book has inspired me to start my own research for a historical fiction novel. It left me thinking of the stories that haven’t been told about this era, the way people had to cope and adjust. Lives like Mr. Twain’s all too often get sugar coated and turned heroic when the reality was right place at the right time (or wrong place at the wrong time), either way, Twain’s End is worth the read.