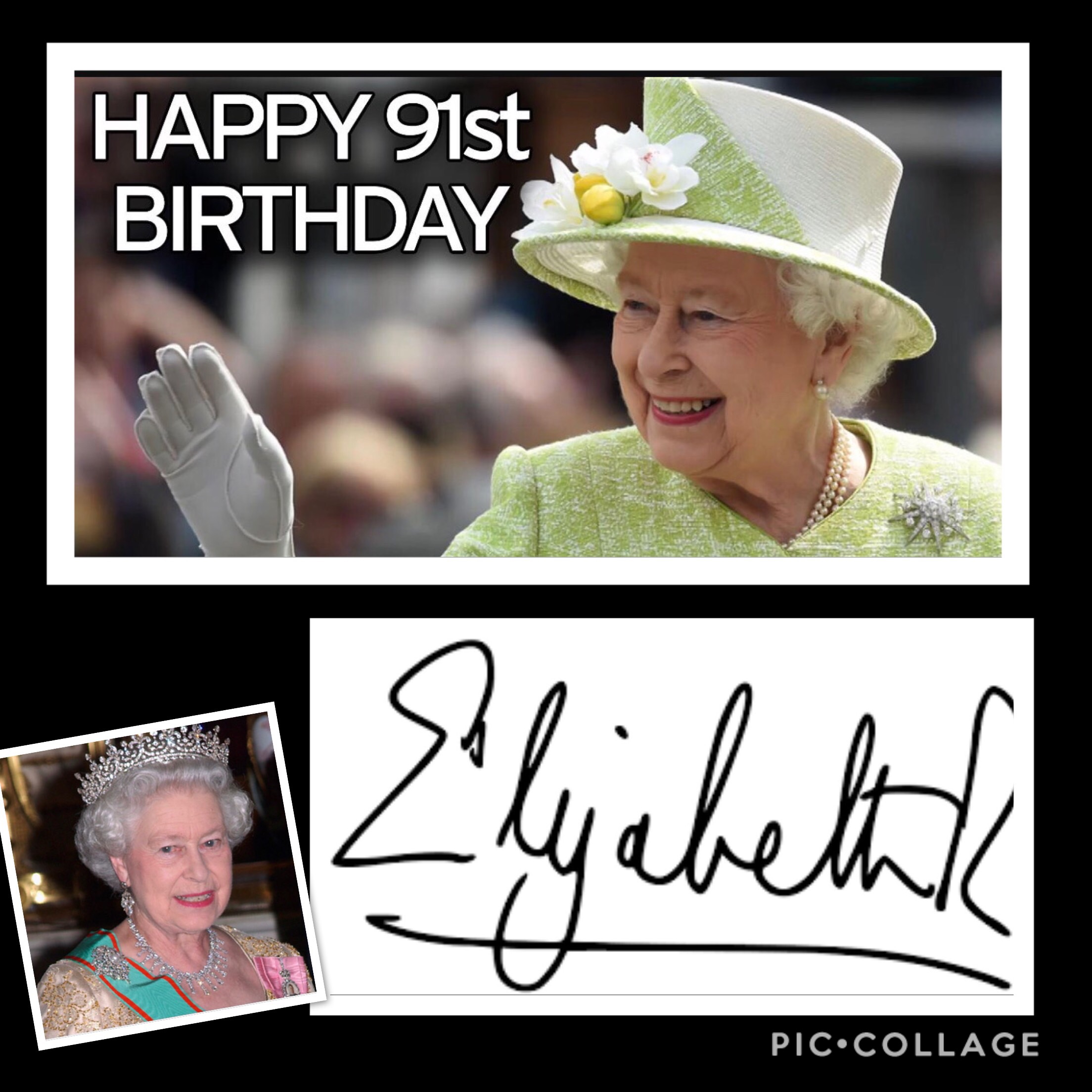 I’ll admit, I have a little fascination when it comes to the royal family. Queen Elizabeth has been a woman to admire my entire life. Happy 91st birthday to the oldest reigning monarch as well as the longest lived. For someone who was never expected to become Queen, she’s done a royal job!

When we look at her signature, we see she has the upright (non-existent) slant that is common in Europe. The alphabet that is taught there is the Roman writing opposed to the Palmer method in the U.S. The primary difference is the slant and embellishments. If you compare the current Queen Elizabeth’s signature to her mother’s the differences are crystal-clear. The Roman writing is patterned after calligraphy and often will have additional flourish such as under or over-scores and high, tight curves. This indicates the Queen is fact over fiction. She thinks before she acts and may have a tendency to ‘sleep on it’ when facing heavy decision making. Furthermore, she is no nonsense although she has quite a sense of humor. Straight-talking, and  frank she will tell you what’s on her mind.

Her E shows tolerance for people. She has patience and open-mindedness although she is no nonsense. Her and her mother both signed a capital R after Elizabeth. Some may guess this stands for ‘royalty’ or an undisclosed family name but it’s their title, Regina. (the Latin word for Queen) This is an understandable abbreviation for someone who must sign their name multiple times daily. Speaking of frequently signing, Queen Elizabeth’s signature has been consistent throughout her reign. This tells us she is steady and reliable in her actions, there isn’t a chance she would text something off the top of her head at three a.m. Poised, confident and steadfast, the Queen is diplomatic and charismatic. Her education was unlike most people’s and consisted of royal duties and obligations opposed to a standard upbringing. Queen Elizabeth was a daddy’s girl and was close to him up to his death.

Here’s a few fun facts that have nothing to do with her writing. She loves dogs and has had thirty corgis during her tenure as Queen. She’s played Prince Charming in a play with her sister. When she was engaged to Prince Philip, she used ration coupons to buy the material for her wedding dress as there was a war going on at that time. One thing I have in common with the queen is a love for handwritten notes. Queen Elizabeth has written tens of thousands of notes and cards throughout the decades.

Happy birthday to this renowned woman!

The upward course of a nation’s history is due in the long run to the soundness of heart of its average men and women.

Grief is the price we pay for love.