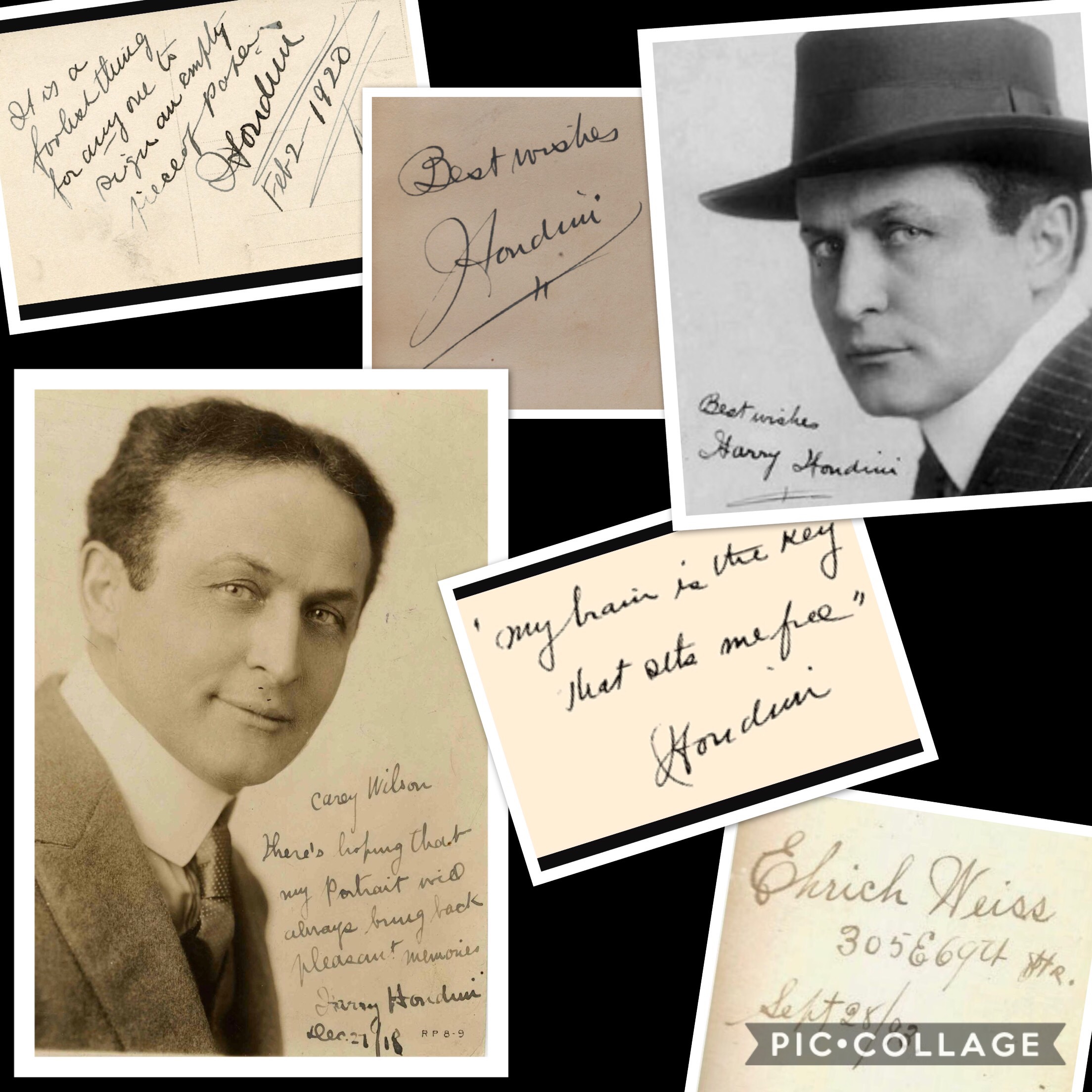 Born Ehrich Weisz, Harry Houdini changed his name after he moved to America from Hungary and became a professional magician. Being a trapeze artist at the age of nine, was his first stage performance and gave him the bug to be in the limelight. He tried acting but found a love for optical illusions and escape artist tricks. He picked his name after a French magician, Jean Eugene Robert Houdin after reading the man’s biography. Young Ehrich believed if he added an i to the end of the famous man’s name it indicated ‘like’ and so he thought Houdini meant ‘like Houdin’.

Harry Houdini’s handwriting is a wonderful blend of the calligraphy of the day and the then new Palmer method of writing that was on the scene in the late 1800’s. Connected and legible, he loved people and wanted to be the center of attention. He loved his mother and was very close to her; overall, he was a people pleaser (which is present in his penmanship). His writing shows his level of deep feelings and need for things to make sense. An active member of Scientific American, he was quick to debunk mediums and others claiming to have psychic gifts offering them money if they could prove their talents. None could. Him and his wife had an agreement that if there was an afterlife, Harry would contact her through those channels. After ten years of séances, she conceded that there was no life after death communications.

A bit of a rebel, he was analytical and witty, progressive and quick thinking. A nice balance between traditional practices and more liberal lines of thought are present in the way his s’s change in his penmanship. The H’s in his writing show his sense of humor and confidence. Unlike his magical performances, with his personality, what you see is what you get. He may have worn his heart on his sleeve and didn’t hold back with his expressions and opinions. There was also a curiosity about death that appears in many of his handwriting samples.

The dishonesty that appears in his writing is typical of those who tell people what they want to hear. This is perfect for his career in illusions. He was also known to have told many people he was born in America even though he was an immigrant. The wealth he acquired allowed him to live a decadent life, traveling, buying planes and providing for his wife.

Blazing a trail for greats such as David Copperfield, David Blaine, Criss Angel, Teller and many more, we thank you, Harry Houdini for your visions and daring illusions. Happy Birthday!

My brain is the key that sets me free.

Keep up your enthusiasm! There is nothing more contagious than exuberant enthusiasm.

Never try and fool children, they expect nothing and therefore see everything.

The greatest escape I ever made was when I left Appleton, Wisconsin.