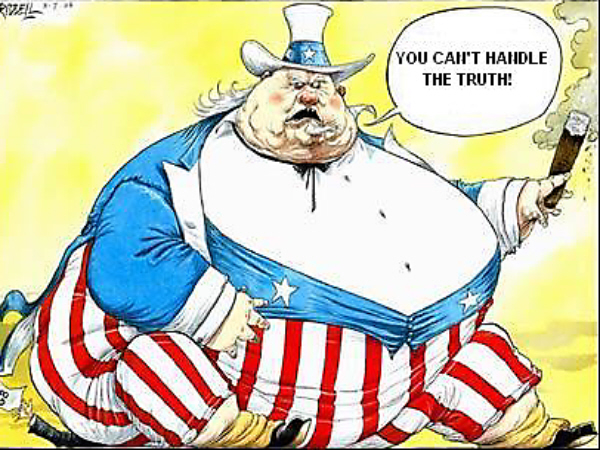 I suppose most of you are out barbecuing hot dogs and setting off bottle rockets and are entirely too busy to be reading random rants on internet blogs. It gives me a bit of a thrill to know I can say whatever comes to mind without worry of a very big audience.

As most of us out there, I grew up with parents born during the end of the WWII era that became adults during the Vietnam conflict. My folks were as apple pie patriotic as they come, red, white and blue through and through. Tears would spring to our eyes when we heard the Star Spangled Banner. Specifically, after learning what the men and women of that particular battle went through to create this amazing country. Francis Scott Key’s beautiful take on the morning after that battle and what that flag still flying truly meant gave me shivers; I’m that proud of this country.

While I was pregnant with my daughter, the Oklahoma City bombing happened. It was the first time I hesitated a bit as far as being safe in America. A white, homegrown terrorist? Here, in this country? Safety of that sort isn’t something most of us think about until tragedy strikes. Anyway… When the fourth of July, 1995, rolled around Lee Greenwood’s God Bless the USA was recently on the top of the country-western charts, and that night, watching the fireworks show, I thought how fortunate my child was being born into this great country. Tears streamed down my face at how proud I was to be an American. At that time, I thought of my country like a reliable relative. My grandparents’ oldest brother, Uncle Sam, here to protect and take care of me and ensure I was privileged enough to raise my child in the best country in the world, free. Free to choose our religion, free to raise my daughter as I saw fit, free to work hard, play hard, make money, save, retire.

As I aged, it seemed my favorite uncle wasn’t exactly the way he was portrayed.

When my first grader refused to stand and recite the pledge of allegiance, (written by a socialist, did you know that?), I had to stop and take note. She had valid points. “Mom,” she said, “have you really listened to the words of the pledge? It’s a promise and I can’t do it.” She saw my puzzled look and continued, “What does the Republic stand for anyway? I can’t pledge anything if I don’t know what it stands for? What if I don’t agree with it? Then I made a promise of allegiance to something I don’t agree with! And one nation under which god?”

Later that year, 9-11 happened. The fake patriotism made me want to barf. Support Our Troops… Because they got a really bad deal? Because they are being forced into a war about… what? The more I read, researched and learned, it became apparent my good old Uncle Sam was nothing what I thought. He became that weird family member that does shady deals behind closed doors, a drug dealer, a gambler, a hypocrite, a pervert, a gluttonous misogynist pig.

When my daughter was in junior high she came home and threw her backpack across the living room? When she saw my look of concern she screamed, “Did you know, in this country white women only make seventy-three cents for every dollar a man earns?” She could see by the look on my face I did know that. “This is America for crying out loud!” She stormed into her room and slammed the door. (I’ve wondered if it was that moment that pushed her into International Policy for her college major.) Foreign exchange students came and went in our lives, it was interesting to see how they viewed the good old U.S.A. Interesting even more to compare their governments and laws, what works where they are from and what doesn’t. I started seeing that we weren’t as free as I had been told all my life.

As non-Christians, we were out-casts; as women, we made less money. I have black nieces and have to put up with dirty looks and whispers when we go out with them. People who grow pot spend more time in our ridiculous money making private prisons than rapists and child molesters and none of the above will get any type of rehabilitation from our system. Cops can kill because of the shade of a person’s skin. The Brock Turners of the world get pampered and are allowed to do whatever they want while the Trayvon Martins die for doing nothing. Free?

And our civic rights? The United States voting system… I realized a few presidential elections ago how our votes don’t really count. They give us the ‘license to bitch’, but because of the broken two party/super delegate system, (not to mention voter suppression), the people’s votes don’t really count (Right, Hillary?). Oh, and then there’s the gun-owning Americans that are too selfish to allow smart restrictions on lethal weapons screaming about their second amendment rights when its really all about money. A gun is a retail product. All. About. Money.
(By the way, did you know, recently your fourth amendment rights were taken away, modified. No one is talking about that ratification of that amendment because it isn’t big money. Seriously, just this year, look it up.)

The 2016 Presidential election gave me a glimmer of what could be but it was extinguished by corporate American greed. In my opinion that is the problem, greed. It dawned on me the debates from when I was a child were the same ones still going on. The war on women and their reproductive rights, the war on drugs and making millions doing it, gun rights and oil. Decade after decade and we can’t move on from those topics? Things can’t change? What is wrong with this country? My country has started letting me down over and over again. Now-days, it’s more surprising when the government gets something right. Even as much as I love President Obama, I don’t agree with all of his policies specifically the TPP (Trans-Pacific Partnership). (Although, I must admit, it was easier to stomach when he slow-jammed the news with Jimmy Fallon about it.) There are things this country does that are just down-right embarrassing, redefining what it is to be American.

Okay, I can hear some of you saying ‘Well, if you don’t like it here, just leave.’ And I ask you, is that how you settle conflicts with your uncles? You don’t like the way a family member behaves and so you divorce them because of their bad choices?  To be fair, I have never gone anywhere out of this country that I haven’t met a person that is dissatisfied with something regarding where they live; the government, the weather, the people, etc… This country IS great, it’s amazing! But perhaps we can learn from our mistakes, change and get better; it’s called life in the real world. There is no perfect place on this earth or we would all be migrating there, and I know how good we have it. (And know how good it could be.)

Lets face it folks, this rant… I’m only exercising my freedom of speech. Happy birthday, America. Cheers to the next two-hundred and forty years.

PS-if you’re wondering about the picture… I Googled ‘Creepy Uncle Sam cartoons’ and this one was by far the best. It bothers me when I hear people my age(or older) say they just have never really been into politics until this year and I believe they are part of the problem, but really… can we handle the truth? And if we know it, will we be strong enough to make any changes?
(Aahhh… deep thoughts by Dacia.)