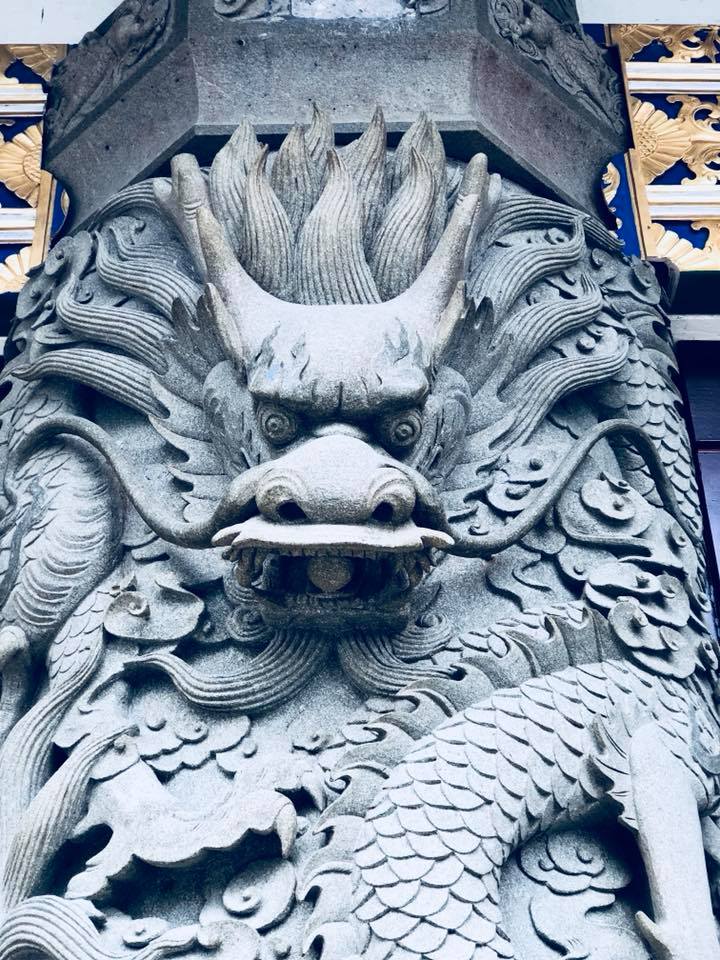 While scrolling through a cheap-airfare google search, my husband asked, “Want to go to Hong Kong?” Is there any other answer to that but YES! Him and I set off for the other side of the world to ring in 2018 in style. Konger style!

Getting there is half the fun (JK)

We flew Alaskan to Seattle. From ABQ, we don’t have a lot of choices but I must say, I prefer Alaskan over Southwest. With some advance purchase, their prices aren’t too bad. SWA compatible. From Seattle, we went non-stop on Delta. Watched more movies on that flight than in all of 2017! (LOL! May I recommend Snatched with Amy Shumer and Goldie Hawn… Or if you need a good cry A Dog’s Purpose should do the trick.)

Our Airbnb was in Discovery Bay (fifth floor) across from the China Disneyland. Our hostess/host were pros and left us some snacks, local beer and easy directions to use the public transportation system. They were top-notch hosts all the way! Our flat was small, clean and just perfect for what we needed.

The first morning we explored downtown Hong Kong and found the famous ‘sneaker street’ where every name-brand of shoes has at least one shop. Beware though, they largest women size is an 8. With clothes too, sigh, good thing the guys shoes were cute too. We shopped an entire afternoon and had some local cuisine from a little cafe where we the only ones that spoke English. That night, the (impressive) New Years fireworks could be seen from our bedroom window. Which was a good thing as we were exhausted from the 20hours of traveling and the day’s worth of shopping.

We visited the Tian Tan Buddha and the Temple of Ten Thousand Buddhas in Ngong Ping on New Year’s Day. We rode up the mountain in a glass-bottomed tram. The shops and restaurants weren’t quite open as we went extra early (yea, we were still on Mountain Time Zone, lol) The stillness and then awaking of the area was subtle and sweet, a blessing to welcome the new year. We went in and paid extra to do the self-guided tour. It was a sacred and special time to be in that specific spiritual place.

We hiked down through the Lantau North County park. It was approximately eight and a half miles straight down! (Hey HK, next time you make a trail down a mountain may I suggest switch-backs?)Everyone we passed wished us a Happy New Year. (there were a lot off people!) HK has approximately 7.5 million people and it seemed we bumped into a big part of the population. I’m out of shape AF and would ask the folks coming up, “How much further?” and inevitably they answered, “Oh, about two more hours.” This went on all day to the point I was afraid to ask!

Let’s see it all

We also visited Lautau island, rode bikes through Sha Tin’s Central Park and through the neighborhood, Tai Wa. There was a three story “wet market” we went to (oppose to a dry market, the difference being the floors-wet or dry). The first floor had live sea food, as well as freshly caught and many sides of beef, whole chickens and ducks. That’s where you pick your meat. The next floor you select your vegetables. Once you get to the third floor you pick your cook, the hostess seats you and takes your food and by the time you get your drinks, the food you just picked from the market is steaming in front of you! We had pan fried pumpkin, beef/potatoes, shrimp and garlic, and a veggie scramble. I heard a rumor Anthony Bourdain went there but the cook booth thought he was nothing more than an arrogant Canadian so no mention of it is anywhere… who knows?

The next day my calves and back were screaming so I talked my husband into a taxi up to the Pok Fu Lam County Park where we took a nice stroll along a relatively flat asphalt trail to Victoria Peak and then to a lovely restaurant with a fantastic bar! (the hostess hugged me as I came in the door, so sweet!)

The adventure the next day was shopping and eating in Sai Ying Pun, Sheung Wan and along Hollywood road to the Man Mo Temple. The public transportation is so easy and convenient, we really took advantage of seeing as much as we could. Still averaged 7-10 miles of walking day. I actually lost a few pounds on this vacation and it wasn’t from a lack of food! LOL!

Our Airbnb hosts had a swanky dinner party we were (fortunate enough to be) invited to. Many Hong Kong residents have domestic help and the party had a little crew cooking up everything from ostrich, to kangaroo, shrimp to squid and more. We met some really interesting people from GB, Australia and Alaska. Thanks Simon, the British Cathay pilot I met for inspiring my next historical fiction book, Pirate Queen about Cheng Shi. Watch for it spring of 2019.

A day in Macau was a must, so we headed there on a high speed ferry on Friday. Its the Vegas of China and INDEED IT IS!!! We took the Venetian bus to the end of the line and then wandered into an old village named Taipa. It was a Portuguese settled area so the food was a bit different, delicious but different. We went on a photo safari through the rain. It was so picturesque every where I looked I bet I took 500 photos that day alone. Normally we get a Harley Davidson shirt for my husband’s brother but the shop was closed. There were people in there so we knocked on the glass door. They didn’t open until the following Monday. “Cash?” they asked and once we confirmed our method of payment we were digging through their inventory that wasn’t actually for sale, yet.

We found a ,coffee cafe and drank some slow drip java then found a brew house and indulged in a local beer. They had French fries and gravy so we ordered up that too, YUM! All day we wandered, ate a little, drank a little and wandered more. There’s a large park area that is open space and beautiful for pictures and strolling.

Overall, I took almost a thousand pictures in eleven days. I met an ambitious young woman named Ashley whom I dare bet we keep in touch. We had quite the connection. Also, our Airbnb hostess/host were fun and I feel they are now titled ‘friends’ too. Want to go to Hong Kong? The answer to that is always a huge YES!