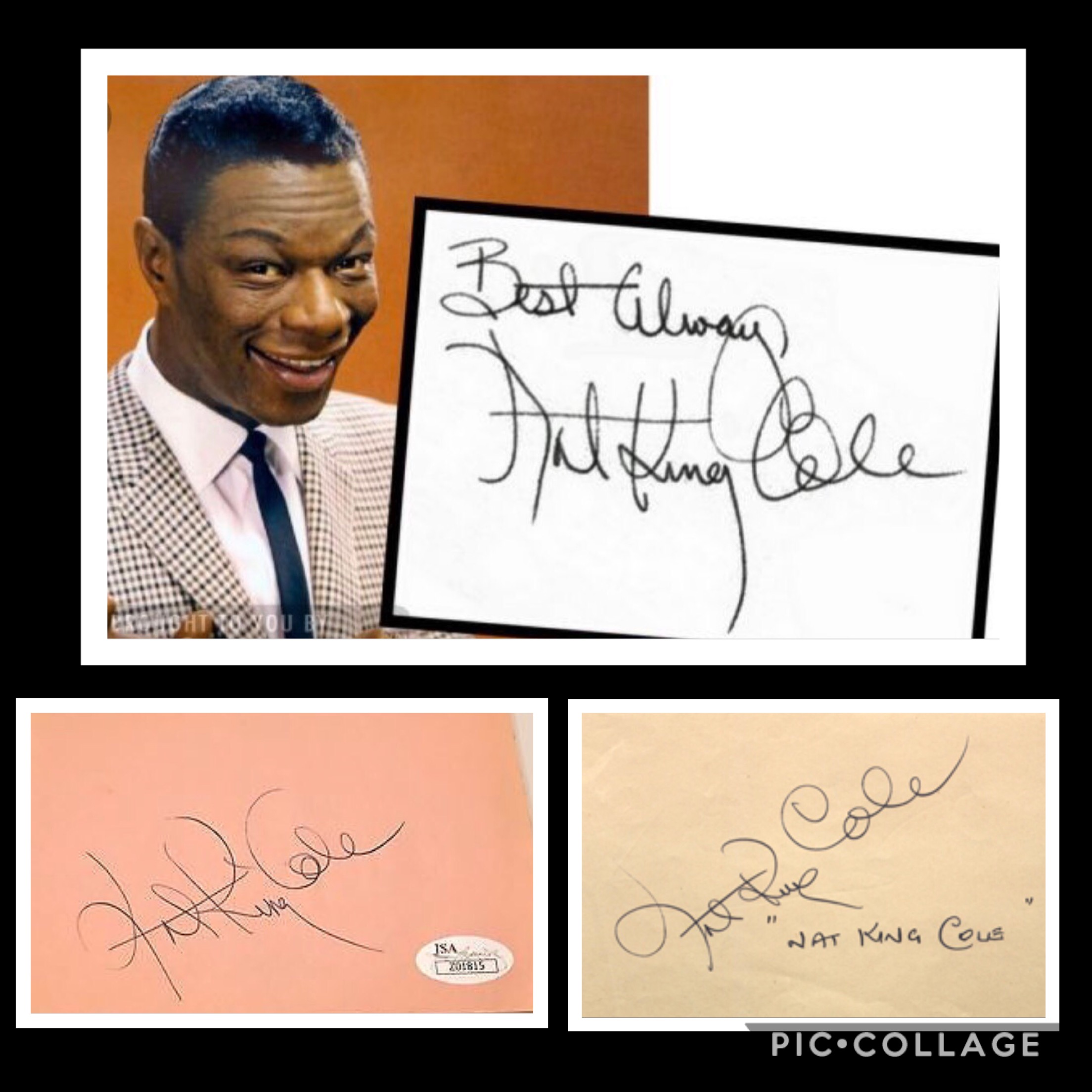 This week’s handwriting analysis birthday shout shows that Mr. Cole was ahead of his time. He was optimist, goal-driven, funny and friendly. Born in Montgomery, Alabama in 1919 Nathaniel Adams Cole’s family moved to Illinois. He grew up in Chicago and like many of the young people of his time, was influenced by church music. The first instrument he learned to play was the organ. That eventually turned to piano and he developed his own unique style. As a young adult, he formed a jazz trio called King Cole after the famous nursery rhyme. Their band was unique in the fact it didn’t have a drummer.

Nat’s soft, baritone voice and amazing stage presence rocketed them into recognition. During that time, it was difficult, if not impossible, for a black band to become mainstream. Nat King Cole (King seemed to stick) was the first black person to host their own variety show on NBC in the mid-fifties. It only aired one season as they were unable to find sponsors. Corporate America at that time could not be affiliated with a negro-band. This did not stop Mr. Cole from becoming a superstar. He’s well known for the tune Unforgettable and (Get your kicks on) Route 66. Sadly, his life was cut short by lung cancer and he died in his prime in 1965.

When we look at his signature, we can see the optimistic attitude and his natural sense of humor. He was one to see the glass half-full even when circumstances were dire and he was victim to racial discrimination. One thing consistent in his signature is the double loops in his o. This is indicative of someone who may lie to get his way. In Nat Cole’s case, being black in an all-white world, he may have learned to adapt to those around him by telling them what they wanted to hear opposed to what was really on his mind or in his heart.

Happy 98th birthday, Mr. Cole. We applaud your ambition and work-ethic. You paved the way for many astounding black performers as well as opened doors (and eyes) to the possibility that ALL men are created equal.

If you smile through your fear and sorrow, smile and maybe tomorrow you’ll see the sun come shining through for you.

It’s not the people in the south who create racial problems – it’s the people who are governing.

Madison Avenue is afraid of the dark. (When his variety show was cancelled due to no sponsorship.)

Neither do I. And if I see anybody undesirable coming in here, I’ll be the first to complain. (In response to the Home Owners Association in a Los Angeles all-white neighborhood when he was told they didn’t want any ‘undesirables’ moving in.)