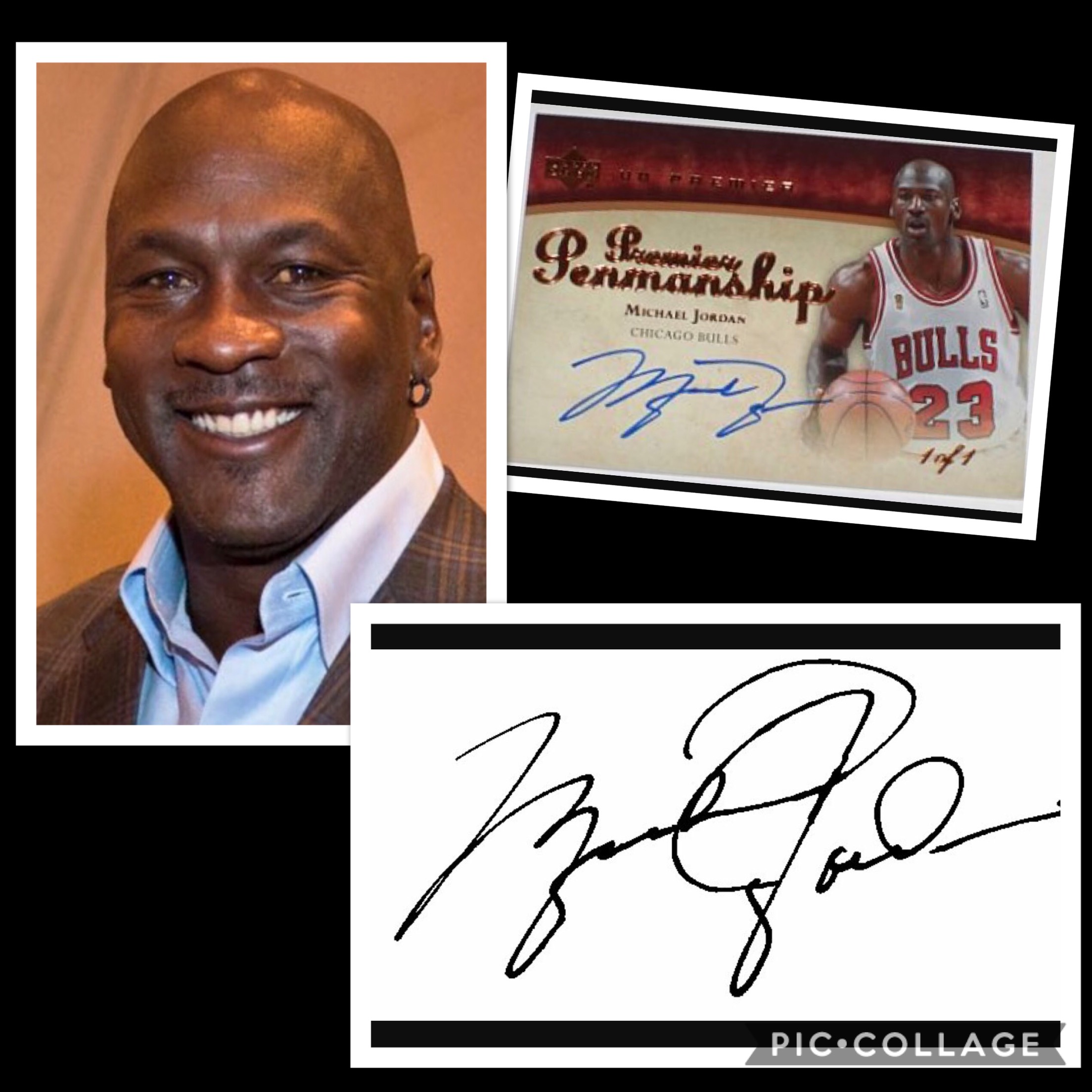 This week’s handwriting analysis is a player whose name is synonymous with basketball. It’s been argued Michael Jordan is one of the best NBA players in history.  Former high-flying Chicago Bulls shooting guard known as “Air Jordan”, he has been a six-time NBA champion, two-time gold medalist, Sport’s Illustrated Sportsman of the year in 1991 and a 2016 recipient of the Presidential Medal of Freedom. He’s been a businessman as well as an athlete, a father of five and the first NBA player to become a billionaire. To know his career and public face, he appears to be an all-around good guy with a lot of talent. If we take a look at his handwriting, we can discover if his persona is accurate.

One of the first things I noticed about Mr. Jordan’s handwriting is he’s got that classic “I’m a lover not a fighter” characteristic. With high levels of diplomacy in his writing, he’s the first in a brawl to say “hey, we should all just get along.” The peacekeeper in the crowd. That being said, he has a hard time letting-it-go if he’s been wronged. Fool me once, shame on you. “Fool me twice, shame on me” very well could be one of his mottos he lives by.

He has multiple signs in his penmanship that he worries about things that he has no control over. There’s a possibility he likes pros/cons lists when he needs to make decisions as he wants to be able to look at all his options. There is passion and determination in his writing. He also strives for perfectionism even though he knows it may not be attainable. MJ is one to always set his standards high. Sometimes he lets himself down because he’s set his sights so high. There are indications of privacy and protection of his family especially.

Structure and routine are what calms Michael. Chaos and disorganization grates on his nerves. Mr. Jordan genuinely loves people and has the ability to think on his feet and stay one step ahead of his competition whether it’s on the basketball court or in business. From everything I’ve seen in his autograph, I have to say, the public face is sincere and Michael Jordan is a great guy.