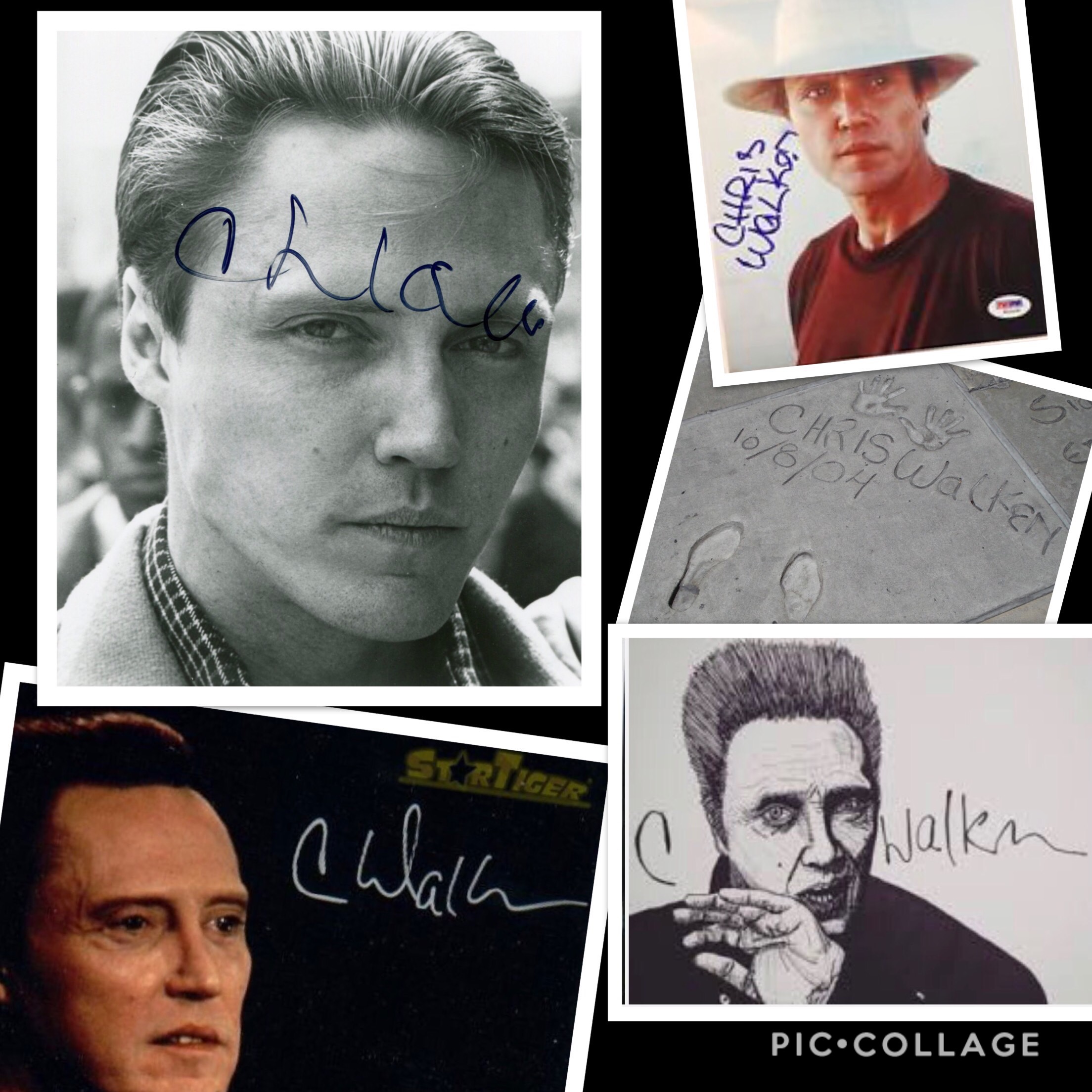 Is this man really as eccentric as the characters he plays on the big screen? When we take a look at Christopher Walken‘s handwriting, we see some of those ‘just a little off’ characteristics in his signature.

Born Ronald Walken, Christopher (Chris to his friends) changed his name at the suggestion of Monique van Vooren, a performer in which he was a backup dancer. Walken had been performing since he was only three years old influenced by his mother’s dream of stardom. He enjoyed the stage and briefly was a lion tamer in a circus while he was still a teenager. He found a niche for acting even though his official training is dance. Mr. Walken’s distinct hair style was provoked by his love and admiration for Elvis Presley. It has become one of his most recognizable physical traits.

Looking for credible sources of his handwriting I noticed a variety of penmanship for this one man. There are many differences with his signatures/writing which is common for most people. Handwriting is based on the emotions and going on’s in the moment you write. Body language on paper. Throughout the dozen or so signatures I looked at, there are enough common traits to find the real Christopher Walken’s autographs immediately.

The W, although it changes, the entry and exit strokes are consistent as well as the right side embellishment. When his whole name is written out, there are rebellious signs that show up in the letter R as well as his quick wit and creativity. Although cast in darker roles, he prefers the more humorous parts. His handwriting shows a wide sense of humor, in other words, he can find humor in a wide variety of things… Things other people may not find funny.

Some of his writing could be compared to a doctors, illegible and fast. This indicates his intelligence plus the fact he’s already three moves ahead of you.

One trait consistent in his writing are the hooks. These are indications of those individuals that may have a temper, and also have a hard time letting go of hurt feelings (grudges). He also has a wall built in the letter that relates to women indicating deep hurt from a female in his life as well as many privacy traits. (You know how those Hollywood guys are…)  When you look at his penmanship over the years, generosity is something that has crept into his writing with age, and most likely, success.

This week’s celebrity birthday handwriting analysis could use a little more cowbell!
Happy Birthday, Christopher Walken! Here’s to many more!

My hair was famous before I was.

There probably aren’t a lot of actors my age who tap dance.

Emotional power is maybe the most valuable thing an actor can have.