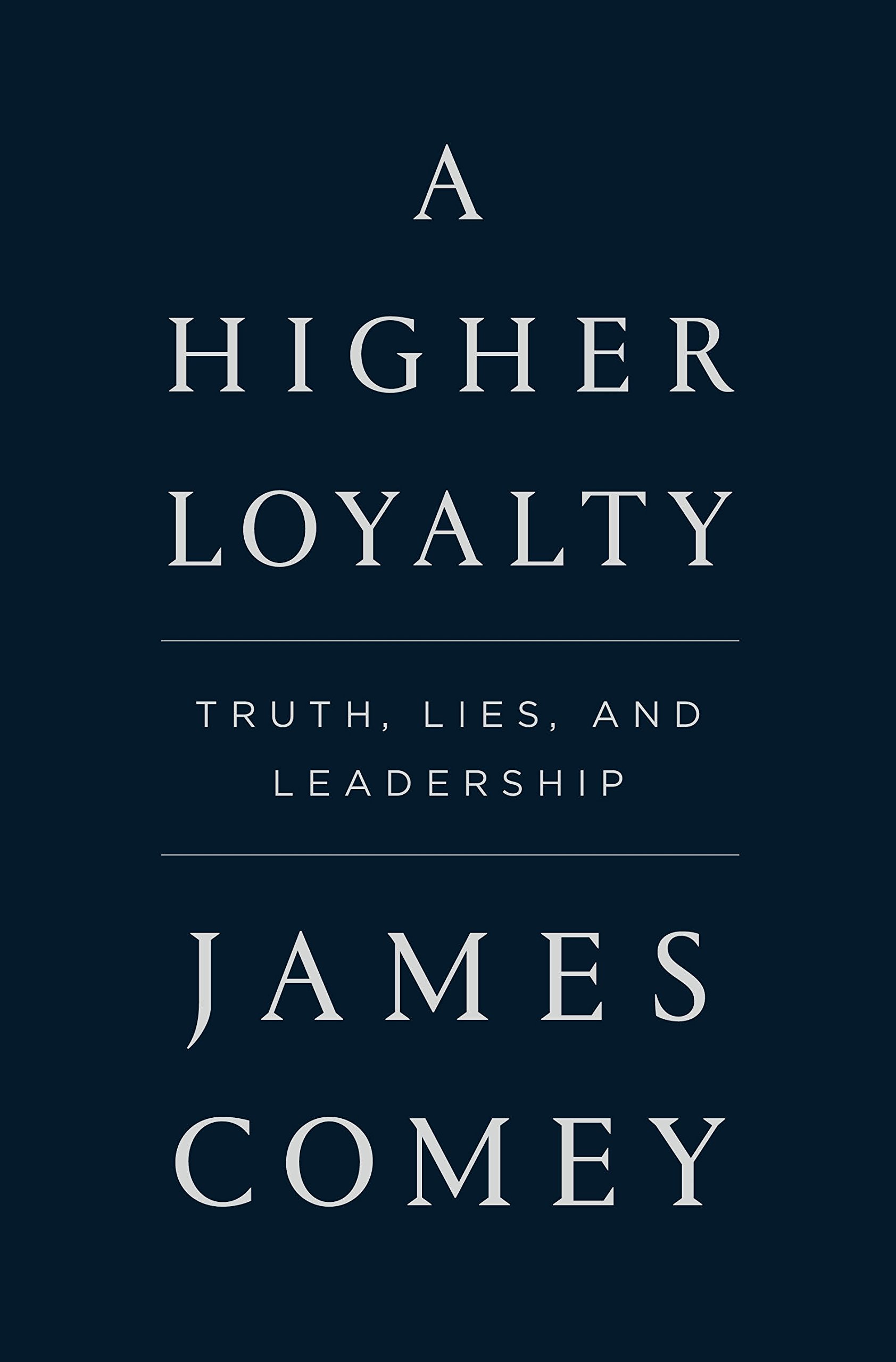 A higher loyalty, a HIGHER loyalty, a higher LOYALTY… I’ve thought of the title of this book a lot over the weeks. Since I’m atheist, a few close friends chided me for reading it, calling it a holier-than-thou kind of book, which it’s NOT. They assumed the higher loyalty was to a celestial figurehead. It’s not to say James Comey doesn’t have a relationship with his god or has a religious background, but that is also not what this book is about.

Think about the things/people you’re loyal to- your spouse, your children, your employer? What would it mean to have a ‘higher loyalty’? I don’t know about you, but I’m not ‘loyal’ to the political party on my voter ID card. Sure, I tend to lean left, I tend to vote DEM BUT I’m not ‘loyal’ to them. When you’re an FBI agent you can’t have a D or R behind your name, you have to be neutral and be loyal to… to… ??? Imagine being loyal to the people above the figurehead, above the Oval Office.

This may have been the most eye-opening thing for me with this book, something so simple. The FBI can’t be loyal to Republicans or Democrats because they are loyal to the AMERICAN PEOPLE. The FBI are the folks that keep ‘crooked politicians’ honest because their loyalty lies to us, you and me. They are loyal to the principles that make America, America…

As I listened to James Comey narrate his own book, I couldn’t help but think of the term ‘between a hard place and a rock’ which is where James Comey has spent the majority of his career. I agree with the decisions he made from the Italian mob boss to Martha Stewart to Hillary’s emails. I’ve tried to think how I would have handled each of those situations and realize I couldn’t be an FBI agent because living between a hard spot and a rock would be too difficult. Living with loyalty higher than your own immediate family would be its own challenge if not impossible.

October 28th is my birthday. It’s a day in history for Mr. Comey too. I find it ironic that in 1977 and in 2016 on that day, he was put in a position to be quiet or speak out. In my opinion, the experience in ’77 was the event that put him on his path to make those decisions in ’16.  AND he did the right thing on both days.

Overall, this is a great, informative read, especially if you’re wondering what’s up in the current political arena. It moves decade to decade with efficiency and great information. I’m a more informed, smarter citizen because of this book. Well done, Mr. Comey, well done.