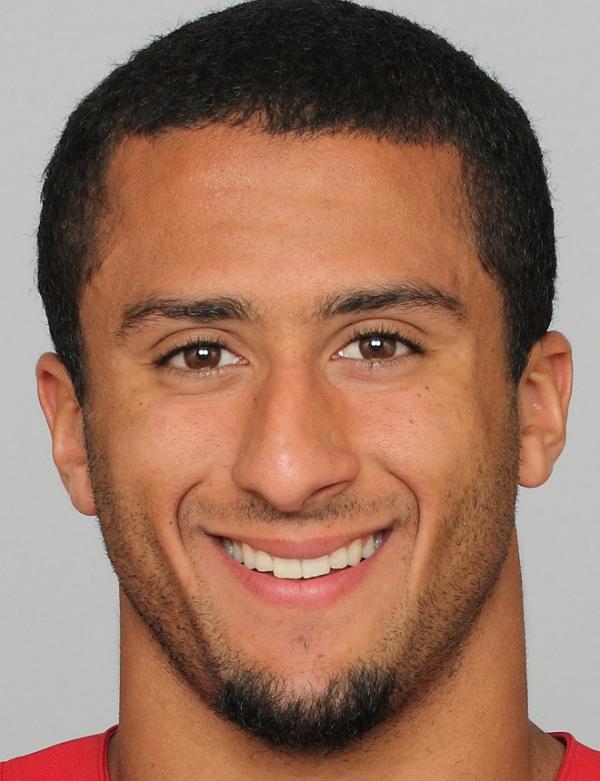 For the record, I don’t give a flying *%#^! about football. I don’t watch it, I don’t care. That being said, there has been yet another controversial saga attached to the NFL that I’ll throw my two cents in on.

Over the years, my daughter rarely got in trouble at school. I can count on one hand the number of times I was summons to the principal’s office. The first time stands out in my head and applies to today’s headlines. Jayden must have been in first or second grade when I got a phone call from the school that we needed to have a meeting with her principal and teacher. Apparently my darling daughter refused to stand for the pledge of allegiance. As we sat in the cramped office of the principal’s, my kid explained to the three of us she didn’t feel right about making a pledge of allegiance to a republic for which it stands.

“Listen to the words, mom.” She pleaded with me. “I don’t even know what the republic stands for and if I did, what if I disagree with some of it? I can’t make a promise to something I disagree with.” As an afterthought she added, “And which god?”

FACT: The original pledge of allegiance was written by a socialist in the late eighteen-hundreds so that all the school children of the nation could participate in the opening ceremonies of the World’s Fair which was being held in Chicago, Illinois that year. It was coordinated throughout the country that all the students would recite it at a specified time so they could all feel included.

Recently, Colin Kaepernick, the quarterback for the San Francisco 49’s, refused to stand for the National Anthem. He was quoted as saying “I’m not going to stand up to show pride in flag for a country that opposes black people.” He gave several accurate and poignant examples of why he was protesting. It had nothing to do with the military, the troops or frankly, our government. It has everything to do with the way black people are treated in this country. Mr. Kaepernick has an agenda and an audience and he did just what he set out to do, make a point. A very patriotic point.

When a person consciously decides to exercise their first amendment rights there can be repercussions. Like a visit to the principal’s office or losing an endorsement. (Which, by the way, Colin said even if they do take away his endorsements, he knows he did what was right. He followed his heart, how many of us have done that? If only my minor actions could produce such an awareness.) Either way, as FREE Americans we have the right to stand, or sit when the National Anthem or Pledge of Allegiance is being recited. When Mr. Kaepernick stayed sitting to make a stand, no law broken. He didn’t hurt anyone or cause his team or family or country harm.

Mr. Kaepernick, I applaud you for using your rights as an American citizen to bring to light the discrimination that happens every day in this country. I applaud you for using the NFL as your platform. I agree with you one million times over and would sit by your side while the Star-spangled banner plays any day. Personally, I would not want to be treated like a black person in this country. I can’t imagine any of my white friends wanting to either. (Any of my white readers, raise your hand if you’d like to be treated as a black person? No? No one?) You wanted people talking about how racist and bigoted this country has become and you did it with a simple, non-violent act. Well done, Mr. Kaepernick, well done.