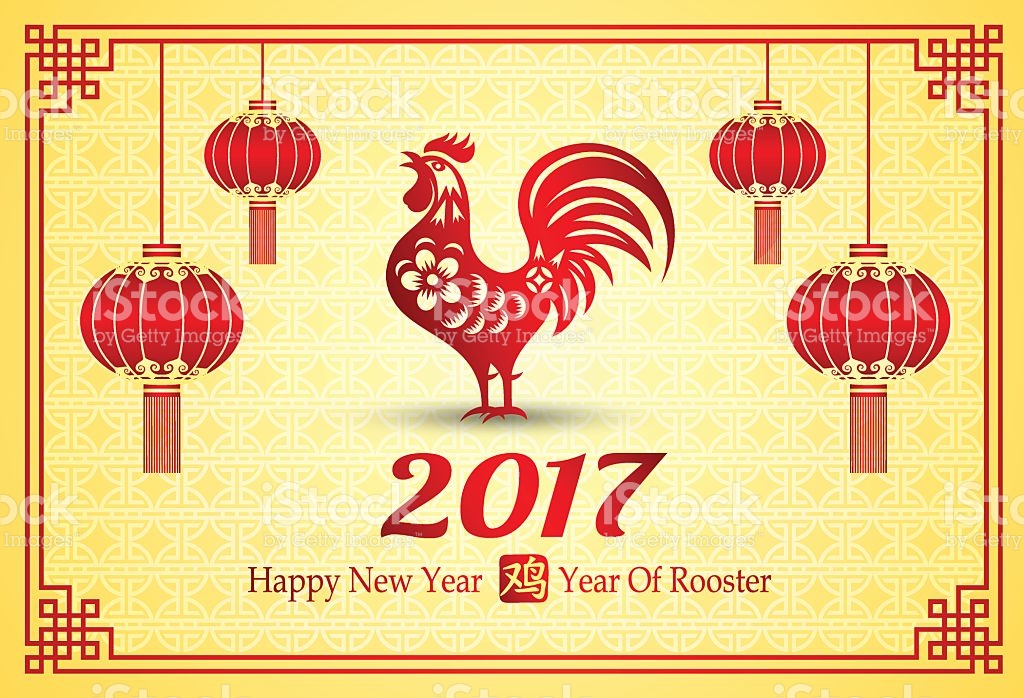 Happy New Year! It’s the year of the Rooster, the 4715th year of the Chinese calendar. Cheers! Shouldn’t we all enjoy celebrating two beginnings each year? The American traditional New Year’s is too quick after the holidays. In most cases, I’m not ready to start my resolutions, eating right and being disciplined. It takes me a few weeks to get back into the ‘groove’, you know? Only about a quarter of the World’s population still observes this way of counting time, so why not be a little different?

To find the beginning and length of each Chinese year, first you must determine how many new moons are in the year. Then figure out when the sun’s longitude is a multiple of 30 degrees. So, the Winter equinox begins the longitude at zero. The Spring Equinox is at 90, Summer 180 and the Autumn 270. Then it begins again. These dates are called the Principle Terms and are used to determine the number of each month. It’s important the Winter’s solstice always falls in the 11th month. Using the Chinese calendar, the months begin at the new moon.

Instead of the year’s running in a consecutive order with a set number of days, the Chinese year changes and runs in a sixty-year cycle. Each year within the cycle gets its own name that repeats every sixty years. This name is made up of two components, the Celestial Steem (which has ten changing names) and the second is the Terrestrial Branch which is the branch where the animal zodiacs come from (and has twelve changing names). It takes sixty years for them to line back up and start-over.  Currently the year is xin-you. The Celestial Steem, xin, has no English translation however the ‘you’ part is the Rooster or Cock and that year begins today, January 28, 2017.

According to Chinese lore, the first day of the year is not for laundry, taking out loans, taking medication, sweeping your floor, or eating porridge for breakfast. Furthermore, New Year’s Day is not for wearing white or black, but instead, bright colors to celebrate. Bad luck gifts are thought to be scissors, pearls or pears.

Fun Facts: The New Moon is the absence of a moon, the darkest night each month and the origins of the word ‘lunatic’. Beyonce, Yoko Ono and Eric Clapton were all born under the sign of the Rooster as well as Serena Williams, Michelle Pfeiffer, Benjamin Franklin, Dolly Parton and Joan Collins.

Here’s to 4715! May it be your best lunisolar year yet! It’s never too late for new beginnings.